Connecting those in need

with those who care!

In March 2022, Christian Relief Services Charities President and CEO Bryan Krizek was recognized for his 30 years of service by the Board of Directors for his service to the nonprofit organization, which began on October 1, 1991.

The board further resolved, “To formally recognize Bryan Lad Krizek’s strength of leadership, his breadth and fortitude in problem-solving, his remarkable financial acumen, his uncanny long-range foresight, his inspired recognition of opportunities, and his passion to drive the Charity to seize them, all of which talents and more have helping to bring Christian Relief Services Charities, Inc. from its beginnings of financial uncertainty to today’s fiscal stability in support of our charitable missions; and,

“To declare for all time its enduring gratitude for Bryan Lad Krizek’s steadfast and unwavering devotion to the charitable missions of Christian Relieve Services Charities, Inc., as demonstrated by his thirty years of compassionate and noble service to the less fortunate among humankind.”

Prior to his tenure at Christian Relief Services Charities, Bryan was an insurance broker at Prudential, where part of his job was to track federal legislation and rules.

During the savings and loan crisis, Bryan read over the Financial Institutions Reform, Recovery, and Enforcement Act of 1989 (FIRREA) and saw an opportunity for non-profit organizations to provide a certain percentage of housing units to affordable housing to affordable housing at reasonable prices, along with access to financing.

Bryan reported what he’d found to his father, Eugene Krizek, founder and CEO of Christian Relief Services Charities, and proposed the idea of acquiring safe, affordable housing across the country for those in need.

The FIRREA established the Resolution Trust Corporation (RTC) to close hundreds of insolvent thrifts and provide funds to pay out insurance to their depositors.

However, in addition, FIRREA gave both Freddie Mac and Fannie Mae the responsibility to support mortgages for low- and moderate-income families.

The RTC was tasked to dispose of the real estate assets of the failed savings and loans, many of which were multi-family properties.

For Bryan, it was like a light bulb went off in his head.

“I saw the opportunity,” Bryan says.

The RTC prioritized nonprofit organizations that would dedicate a certain percentage of the housing units to affordable housing at reasonable prices, along with access to financing.

“And we took advantage of that.”

Among the first acquisitions was Mountain Lakes Apartments in Tucson, Arizona, and in September 1992, created an affiliate, the Mountain Lakes Housing Foundation, Inc. (an entity that still operates today), and thus began what would become Christian Relief Services Charities’ extensive portfolio of housing in Arizona, Kansas and Virginia.

“And that’s how we started,” he noted.

Today, thanks to Bryan’s heart for charity and acumen for business, 4,209 Christian Relief Services Properties serve low-income families, the disabled, the homeless, and domestic violence victims across the United States.

And, while it’s impossible to put a figure on the exact number, it’s fair to say that during the past three decades, tens of thousands of people have been provided with “shelter from the storm,” and equally, if not more, importantly were given the chance to rebuild their lives and become self-sufficient so that others may follow in their footsteps. 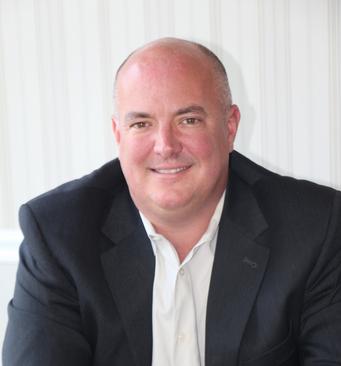